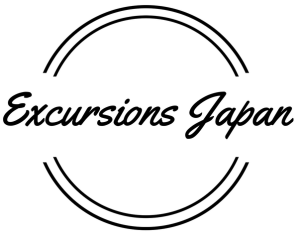 The Kansai Region consists of Hyogo, Kyoto, Mie, Nara, Osaka, Shiga, and Wakayama prefectures. The area is considered the cultural heart of Japan and is home to many World Heritage sites. Kansai is also Japan’s second largest urban and economic area. It is a fantastic choice as a ‘home base’ for travelers visiting from overseas.

Here is a short run-down, with regards to sightseeing, on each of the prefectures within Kansai – from a local’s personal perspective.

The city of Osaka is Japan’s third largest, but it could not be more different than the bustling metropolis of Tokyo and its hilly neighbor, Yokohama. The city, and especially the prefecture as a whole, does a really poor job of promoting itself. Before moving to Kansai, I had only been to Osaka’s famous Dotonbori shopping district and its castle. The city is rough around the edges, but it has some fascinating ‘pockets’. The prefecture itself is more impressive than most realize. Mountains separate Osaka from Kyoto, Nara, and Wakayama prefectures and there are many wonderful sightseeing spots within those mountains or near their bases.

If Tokyo is the heart of Japan, Kyoto is its soul. The area of Kyoto that is most famous is surrounded by mountains on three sides and is actually quite compact – making it an excellent place to explore by bicycle. Sometimes the city gets extremely overcrowded with international travelers, but most cluster around the really famous sites. Some of my favorite sightseeing spots are lesser known temples and wandering around any centrally-located neighborhood will lead to surprising discoveries. The prefecture itself has many other outstanding sights, most of which are off the beaten path and highly recommended.

Nara was Japan’s first capital and many of its temples have a truly ancient atmosphere. Always in Kyoto’s shadow, Nara is highly underrated. Most tourists only visit Nara Park with famous Todaiji Temple and Kasuga Taisha. Quiet, amazing temples are hidden all over the prefecture, waiting to be ‘discovered’. The easiest way to get around is by car, but there are also well marked walking/hiking trails that connect clusters of sightseeing spots to train and bus routes.

Shiga Prefecture completely surrounds Biwa-ko, Japan’s largest lake. Whereas Nara sits in Kyoto’s shadow, in the mind of travelers, Shiga does not even exist. However, with its close proximity to Japan’s two previous capitals, Shiga has a comparable history and spectacular sightseeing spots to match. Unlike Nara, many of them are easy to reach by train – making Shiga a fantastic destination for those who are not able to drive in Japan.

Hyogo is one of those prefectures that, as a tourist, you may have plans to visit, but have never heard of. Himeji is home to Japan’s most impressive castle – a World Heritage Site. Kobe, its largest city, is sandwiched between mountains and the sea. I find it to be one of Japan’s most enjoyable cities to explore. Hyogo Prefecture is actually one of Japan’s most diverse – stretching from one side of the country to the other, and it includes the wonderful island of Awajishima.

Wakayama Prefecture takes up the southern section of the Kii Peninsula, south of Osaka and Nara. It is 80% mountainous, with highways and train lines along the coast – but nothing but winding, countryside roads in between. This seclusion has preserved what is now Japan’s most famous hiking routes, the historic Kumano Kodo, and one of Japan’s most sacred sites, Koyasan. Wakayama is not for tourists who want to see a lot of famous places on one trip. It is for those who want to concentrate on, and take some time, doing something spiritual.

Mie is a long, narrow prefecture that stretches down the entire east side of the Kii Peninsula. With the exception of Ise Jingu, one of Japan’s two most sacred shrines, the prefecture is overshadowed by all of its Kansai neighbors. It also does abysmal job promoting its many sightseeing treasures – including sections of the Kumano Kodo that are much quieter than those in Wakayama. A visit to Mie is especially recommended if you enjoy off the beaten path locations that non-Japanese tourists are completely unaware of.

Note: Although most people and websites say otherwise, an official website for the area, ‘The Kansai Guide’, includes Fukui, Tokushima, and Tottori prefectures.